South China University of Technology (SCUT) is one of China's key universities operating under the direct leadership of the State Ministry of Education. The university, which has a total area of 294 hectares, is situated in Guangzhou, a southern metropolitan in China. The university has two campuses: The North Campus and the South Campus. 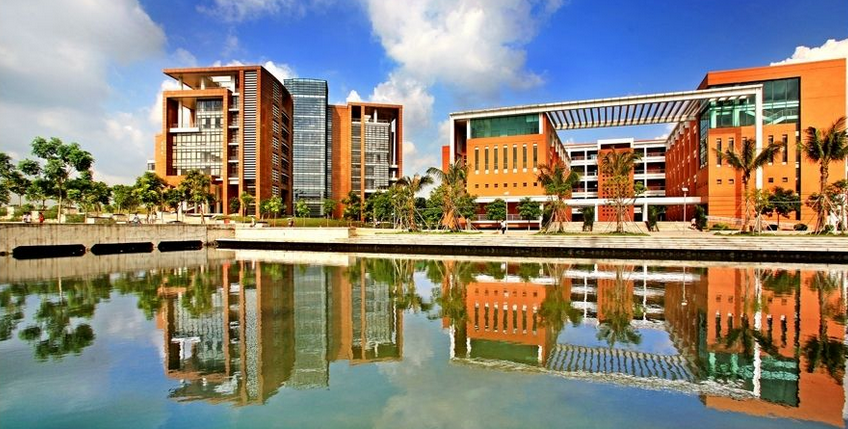 South China University of Technology (SCUT), formerly known as the South China Institute of Technology, was established in 1952. In 1960, SCUT was awarded ranked among the key universities of China. In 1981, it was authorized by the State Council to confer doctor degrees and master degrees, and was among the first universities in the country to do so. In 1995, it was selected as one of the universities into which China will make significant investment in the 21st century. In 1999, it was rated "excellent" during the Undergraduate Teaching Assessment, and was among the first "Excellent Universities of Undergraduate Education" in the country. In the same year, a national science park was established with the authorization of State Ministry of Technology and State Ministry of Education. In 2000, Graduate School was authorized to be established. In 2001, the new cooperative construction of State Ministry of Education and Guangdong Province was implemented in SCUT and it was listed among the top universities in the country. After more than 50 years of development, SCUT has become a multidisciplinary university of high reputation in South China and in the whole country, focusing on engineering, combined with science, also promoting well coordinated development of management, economics, humanities and law.

With precise knowledge pursuit, the school eminent spirit of comity and factualism has come into being. SCUT sticks to its educational guideline of "emphasizing moral character, building well-grounded base, strengthening ability and cultivating comprehensive adaptability". And this guideline has helped cultivating exclusive technological and management talents that are welcomed to the society. In recent years, the demand of graduate students has exceeded their supply. The employment rate of its undergraduates in 2010 has reached 98.44% and that of its graduates 99.6%. Since its founding, the university has cultivated for the country over 196,000 graduates at all levels. A large number of school fellows have become technological mainstays, distinguished entrepreneurs or leading cadres. SCUT is named by the society as "a cradle of engineers" and "a cradle of entrepreneurs".

Facing the new century, SCUT will take discipline constructions as pre-requisite, regard individual as its roots, consider talent cultivation as its ultimate aim and highlight technological pursuit. SCUT intends to enlarge and extend its scale and realize the coordinated development of its scale, structure, quality and benefit. SCUT accelerates its education reform by gearing the university from multidiscipline-oriented to integration-oriented, from teaching research-oriented to research-oriented, and from partial open form to completely open form, so as to build SCUT into a top-ranking State university and a famous world-class university.

GET IN TOUCH WITH US
Services and Technology are Supported by CISS.org.cn
BACK TO TOP